Humans have been beleaguered by fl oods since centuries, for there isa description of deluge, which is even immortalized in Bible. Also Silesiahas been affl icted with them for hundreds of years, they repeated periodicin every century. Floods affl icted Silesia in 18th century and tookplace mostly after Prussia had seized the power. The fi rst statutory regulationwas the eff ect of these dangerous natural phenomena, thus it was toprotect from fl oods. Nonetheless it wasn’t perfect, as some troubles appearedduring 19th century. However the fl ood from 1854 was the fi rstthat wreaked real havoc: deluge of Wroclaw city came in the aftermath ofthis event. The range of fl ooded areas forced the provincial authorities(Provinziallandtag) to take action in order to improve the situation. Socalled Provinziallandtag was the most signifi cant element of the self-government,which had been formed in Prussia at the time. Therefore it isworth reminding about most important circumstances of its establishmentin 19th century. Setting state, provincial loan off ice was initiative of 11thprovincial authorities in 1854. It developed a project of statut and theamount of securities, which were to be an object of transaction. It was oneof the best prepared petitions from 1851–1873. Desperate situation ofprovincial economy was the main reason of setting the loan off ice (previousattempts at improving the situation appeared to be fruitless and onlytemporary). Members of parliament thought that it had been necessary tocreate a new credit institution, as the loan off ice had not played its role sofar. The fl oods from 1850s, which ruined the economy were the mainreason of hard economic situation of province. Financing the repair ofinfrastructure required huge amounts of money, which could be gainedfrom credits with profi table interest. These were not guarantied by banksector, thus it was agreed that this task might be undertaken by an institutionof self-government, supported by subsidies. The main part of publicationdeals with system of off ice, its fi nancial politics, its main trappingsof business.There are charts in this work, which stands for fi nancial situation ofoffice. 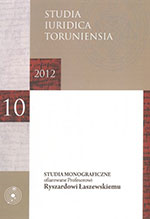