For centuries, Cleopatra VII – the last queen of Hellenistic Egypt – has aroused only erotic associations. It is thought that Octavian Augustus was the one who made the hostile queen a harlot and a witch on the throne. In Life of Antony, the most extensive story about the romance of the Egyptian queen and the Roman commander, which has been processed in a literary way for centuries, Plutarch writes that during a crucial Senate session when the war was being declared to Cleopatra, Octavian stated that the Egyptian queen was practising magic to make Antony unreasonable. However, when we evaluate the situation with ancient categories it appears that Eros was a popular tool used in political fights in the decline of the republic. Many times Octavian was also its victim. For centuries, Eros has been a part of history and ancient historians justified different historical events, i.e. political turning points and changes of political systems, referring to this god.
Western tradition, which eliminated Eros from the public sphere moving it to the privatus one, deformed the stories about the romance of Antony and Cleopatra at the same time. Contemporary historians are right about raising an issue of this romance but they evaluate it using contemporary categories. As a result, a mental gap between ancient and contemporary historians has been created. Ancient Cleopatra should go down in history as an insatiable tyrant and a lustful brute, but Octavian’s propaganda deprived her of the office and as a consequence, we do not have a literary picture of the queen ruling the country but the one ruling Mark Antony only. Moving Eros to the private sphere resulted in the fact that Cleopatra had not gone down in history as a tyrant but as a character from the romance –
naked and without her regalia. 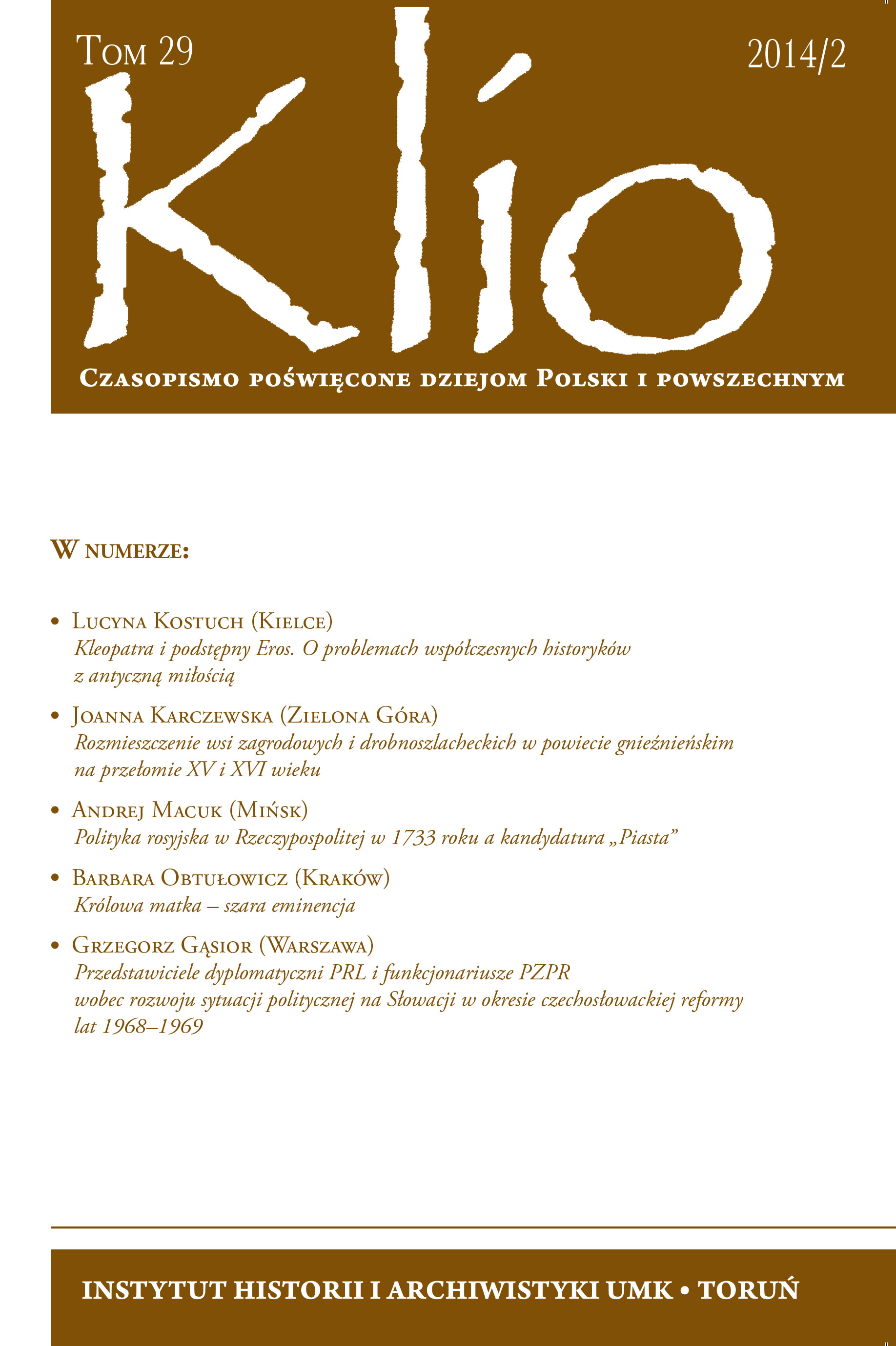