During the interwar period, as a typical maritime country with a tonnage of 4.8 million GRT, Norway was under the influence of Great Britain, both in terms of politics and economics. The location of Norway was complicated after World War II when the country proclaiming its neutrality was subjected to the British pressure. London demanded from the neighbor overseas the tonnage of merchant fleet, especially oil tankers, as well as a favorable trade agreement. In addition, it had been trying to dominate the Norwegian foreign trade through the use of blockade. Norway, being subject to the British pressure, decided to supply London with a large part of its merchant fleet under the agreement signed on November 11, 1939. Although the agreement signed by the Norwegian Shipowners Association having a private nature, it contributed to accusations of Oslo by the Third Reich on breaking with the status of neutrality. Then, on March 11, 1940 Norway concluded another agreement with Great Britain, this time strictly commercial, in which it committed not to import a number of goods needed to be at war. Th is commitment concerned all the countries except Denmark, Finland, Iceland and Sweden. Apart from the policy, having a purely economic dimension, since November 1939 London and Paris had been making a military plan against Norway, Sweden and Finland. Under the pretext of military assistance for the Finns fighting with the Red Army, the allies saw gaining the non-freezing port in Narvik, from where throughout the whole year the Swedish iron ore was being transported to Germany, as their aim. The lack of one common view in the camp of allied caused that the British only managed to mine a small part of the Norwegian territorial waters. The allied had further plans but the Third Reich beat them to it and on April 9,1940 it started the invasion of Norway and Denmark. 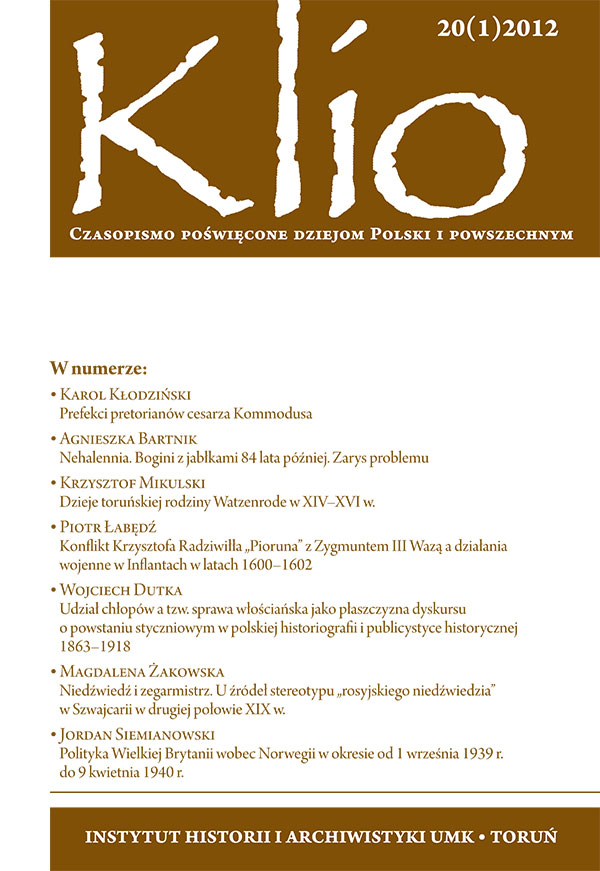