The Twilight of the Weimar Republic. Germany and Polish–German Relations in the Light of Reports from Roman Knoll, the Polish Envoy in Berlin (1928–1930)

Roman Knoll was appointed the Polish envoy in Berlin on 1 July 1928, replacing Kazimierz Olszowski; he was recalled in 10 January 1931 and transferred to the central offices of the Ministry of Foreign Affairs in Warsaw. For all practical purposes, Knoll was head of the Berlin legation for a slightly shorter period of time. Departure from the German capital on 20 December 1930 put an actual end to this diplomatic mission in that country.

Assessing the Knoll mission in Berlin entails answering a question concerning the fulfilment in the course of two and a half years of the tasks with which he was entrusted by the Ministry of Foreign Affairs, or rather by Józef Piłsudski and August Zaleski. The mission in question became surrounded by numerous myths appearing in the reminiscences of politicians and diplomats, while many opinions formulated by various researchers are not always apt. An analysis of preserved sources from the time when Knoll was head of the legation of the Republic of Poland in Berlin makes it possible to declare that the majority of those views is entirely untrue. The correspondence between the envoy and the Ministry central offices contains extensive and thorough examinations of Polish–German relations and the foreign and domestic policy of the Reich, including changes occurring during the end stage of the Weimar Republic. Knoll did not limit himself to informing his superiors about the realisation of various tasks, but frequently proposed solutions of problems faced by the Polish policy, including those that transcended beyond Polish–German relations.

From the moment he initiated his diplomatic mission in Germany (July 1928) the new envoy of the Republic of Poland carefully studied Polish–German relations and made all possible efforts to improve them. This was an extremely difficult assignment since Knoll encountered the strong resistance of his German partner. Nevertheless, while heading the German legation Knoll enjoyed a number of successes and his activity contributed to alleviating the Polish– German economic war and, subsequently, to signing a bilateral trade agreement. He also played a prominent part in preparing the conditions for a liquidation convention and its ratification by the parliaments of Poland and Germany. Knoll established permanent and suitable contacts with the heads and higher officials of Auswärtiges Amt, although this was by no means an easy undertaking. He also managed to reach part of the Berlin press, especially liberal publications, which changed favourably the view of Poland held by German public opinion. Furthermore, Knoll improved the situation of the Polish community in Germany by rendering closer the cooperation of the legation and the consulates of the Republic of Poland and thanks to a consistent stand as regards the minorities, expressed in contacts with German state institutions.

Knoll did not restrict his interests and diplomatic activity to questions resulting from the duties of an envoy. At that time, he took part as a member of the Polish delegation in sessions of the Council of the League of Nations in Madrid and Geneva. He supported the work conducted by Polish delegations participating in Hague conferences concerning an early evacuation of the Rhineland and the acceptance of the Young plan. Finally, Knoll took part in diplomatic undertakings intent on normalizing relations between Poland and Lithuania.

Indeed, it cannot be said that Knoll’s mission in Berlin was exclusively a diplomatic success story. His failures included the fiasco of an attempt at ending the economic war in Polish–German relations, This, however, was not Knoll’s fault because the acceptance of the Martin Schiele plan and the refusal by the Reichstag to ratify a trade convention with Poland took place in an already altered political situation, which emerged in Germany first after the establishment of the Heinrich Brüning cabinet, and then after the parliamentary elections of September 1930. 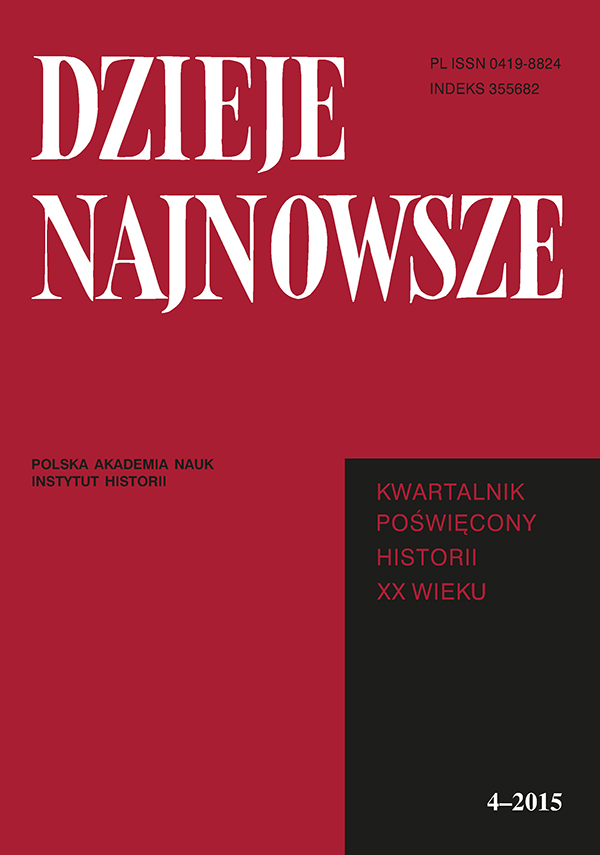