The Warsaw Uprising in the Opinions of Select German Newspapers

An uprising caused by the “demons of Polish patriotism”, much despised by the Germans, broke out in Warsaw in August 1944. Its historical assessment still continues to be the topic of constant polemics and differences of opinion. Nonetheless, no one has up to this day conducted a complete analysis of the attitude of the German press propaganda. The presented text is an attempt to bring the reader closer to various trends of German reflections pertaining to an issue of great importance to the Poles. In order to learn about such views the author examined German newspapers so as to cite their accounts of the Uprising. Regardless of the goals assumed by the Polish Underground leaders, the Germans welcomed the Uprising as a quirk of fate. On the other hand, they dealt with a serious obstacle since they planned to turn Warsaw, facing the encroaching Soviet offensive, into a centre of resistance similar to Stalingrad. In view of the fact that the Uprising broke out in the afternoon of 1 August, German newspapers did not contain any pertinent information on that day. At the same time (30 July 1944) Stanisław Mikołajczyk arrived in Moscow, counting on the fact that the Uprising would serve as a strong argument in talks held with Stalin. German newspapers noted this visit with great attention already on 2 August 1944, aptly describing Stalin’s activity vis a vis a sovereign nation. Apparently, they were capable of defining and describing surrounding reality. They also took this opportunity to bemoan the fact, while referring to the Portuguese press, that in 1939 Poland did not join forces with Germany against Russia. This view was a distinct allusion to the anti–Russian aspect of the Uprising with which the Germans were indubitably familiar. On 4 August 1944 one would still seek in vain in the German press any mention of the movement dynamically progressing in Warsaw. On 6 August German newspapers concentrated their attention on heavy battles in Normandy, seemingly oblivious to any sort of problems in the Polish town on the Vistula. On 15 August the German press informed about numerous battles waged along assorted fronts, mentioning the threat posed to Warsaw by ”Russian–Bolshevik” units encroaching from the East – the reader came across first news about developments in Warsaw at odds with the interests of the Third Reich. After all, how else could information about the western banks of the Vistula be justified at a time when the Red Army and the Polish People’s Army were approaching from the East and a long distance still separated them from the river banks.

The first distinctive allusion to the Uprising appeared in the analysed newspapers on 17 August, while successive days offered an increasing number of articles on the subject.

The press started to rapidly inform about the stifling of the Uprising and the fact that its outbreak and defeat could become an “indirect Katyn” for Poland and the town’s inhabitants, for which German propaganda suddenly began to show concern. At the same time, it is worth drawing attention to the fact that the insurgents were described as “bands from Warsaw” or “Polish bandits”, thus dehumanising the opponent. The number of more or less precise information about the outbreak of the Uprising and the course of its first days grew from the end of the second decade of August. At the beginning of September questions about those responsible for the collapse of the upsurge in Warsaw were posed together with in–between–lines information about heavy battles waged across the town. At the same time, mention was made of the fact that Allied airplanes returning from Airlift missions to Warsaw were prohibited to land on Soviet airfields. In many cases, texts in the German press disclosed, probably even contrary to the intentions of the war correspondents and the journalists, the heroism of the insurgents and their will to struggle and live in a free city and a free country. Warsaw – Symbol and Warning, a text published in ”Völkischer Beobachter” 0n 29 September, summed up opinions about the Uprising, accentuating the absurdity of an operation that, not consulted with the Allies and at odds with Soviet political interests, was doomed from the onset. The article also emphasised the perfidy of the Allies who abandoned the population of Warsaw, waging a solitary battle, and of the Soviet side, which attempted at all cost to have the Uprising stifled by Germany. The analysed fragments did not provide detailed information about the number of civilian fatalities. According to the presented texts all responsibility went to the leaders of the Uprising, headed by General Bór, and the authorities of the Republic in exile. 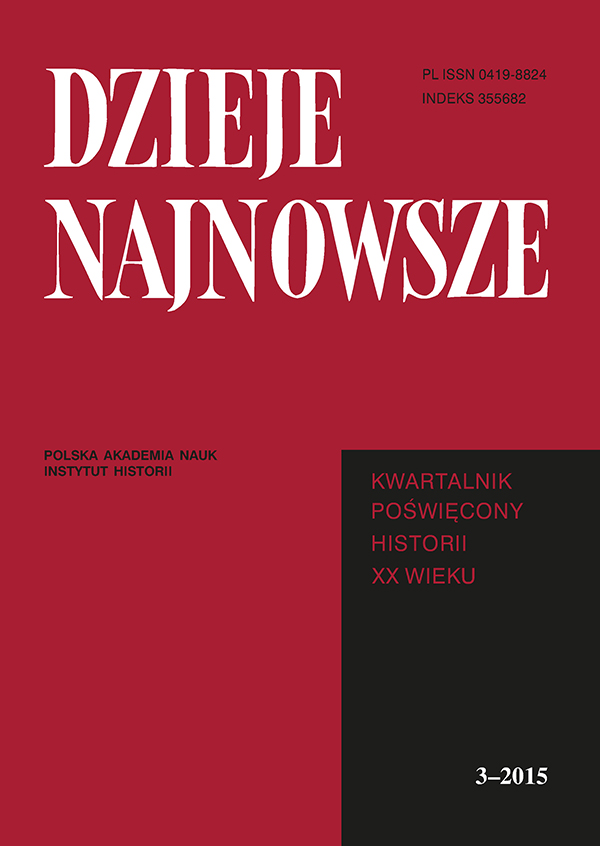