Learning from Scotland’s problems: George Berkeley and his ‘Plan’ for Ireland

Learning from Scotland’s problems: George Berkeley and his ‘Plan’ for Ireland

In his major economic work, The Querist, George Berkeley presented his views of the economic condition of Ireland and the ways to solve Ireland’s problems. The solutions he proposed resulted partly from his knowledge of the experience of Scottish-English union of 1707 that from an economic and a political perspective was a radical break from the model of a composite state. Given the spectacular failure of a new unitary British state which did not deliver on its promise of economic prosperity and political stability for all its parts, Berkeley formed a conclusion that Ireland could not follow in Scotland’s footsteps and that solutions to the economic difficulties of Ireland could be found only in Ireland and they could be solved only by the Irish. A composite, not a unitary state, plus serious reforms introduced by Ireland’s legislature, were the most appropriate answers to the country’s economic difficulties. From this perspective Berkeley’s plan resembled the economic ideas of those Scottish writers and politicians who before 1707 had argued in favour of preserving Scottish own political institutions and the composite character of the British state.

A Letter Concerning the Consequence of an Incorporating Union, In Relation to Trade. London 1706.

Berkeley, G. Queries relating to a National Bank, Extracted from the Querist. Also the Letter containing a Plan or Sketch of such Bank. Republished with Notes. Dublin 1737.

Berkeley, G. The Querist, edited by Bertil Belfrage [in preparation] Black, W. Essay upon Industry and Trade, Shewing The Necessity of the One, The Conveniency and Usefulness of the other, and the Advantages of Both. Edinburgh: James Watson, 1706.

Black, W. Some overtures and conditions in Relation to Trade and Cares, Humbly Offered to the Parliament. By a Well-wisher to his Country. 1706.

Clerk, J. The Circumstances of Scotland Consider’d, With Respect to the present Scarcity of Money: Together with some proposals For supplying the Defect thereof, And rectifying the Ballance of Trade. Edinburgh: James Watson, 1705.

Culloden Papers: comprising an extensive and interesting correspondence from the year 1625 to 1748; including numerous letters from the unfortunate lord Lovat, and other distinguished persons of the time; with occasional state papers of much historical importance. The whole published from the originals in the possession of Duncan George Forbes, of Culloden, Esq. To which is prefixed, an Introduction, containing Memoirs of the Right Honourable Duncan Forbes, Many Years Lord President of the Court of Session in Scotland, edited by H.R. Duff. London: T. Cadell and W. Davies, 1815.

Historical Manuscripts Commission, Report on the Manuscripts of the Earl of Mar and Kellie preserved at Alloa House, edited by Henry Paton, London: Ben Johnson & CO., 1904.

Hodges, J. The Rights and Interests Of the Two British Monarchies. With a Special Respect to An United or Separate State. Treatise III. Containing Farther Inquiries into the Best Means for procuring a Happy Union betwixt the Two King doms; with a Special Regard to the Argument, That the Making Both Nations ONE PEOPLE, must also Make them of ONE INTEREST. London, 1706.

Hodges, J. The Rights and Interests of the Two British Monarchies, Inquir’d into, and Clear’d; With a special respect to An United or Separate State. Treatise I. Shewing The different Nature of an Incorporating and Federal Union; The Reasons why all Designs of Union have hitherto prov’d Unsuccessful; and the Inconsistency of an Union by Incorporation with the Rights, Liberties, National Interests, and Publick Good of Both Kingdoms. London, 1703.

Mackenzie, G. Parainesis Pacifica; or a perswasive to the Union of Britain. By a Person of Quality. London: John Nutt, 1702.

Paterson, W. The Occasion of Scotland’s Decay in Trade, with a proper expedient For Recovery thereof, And The Increase of our Wealth. Edinburgh, 1705.

Paxton, P. A Discourse Concerning the Nature, Advantage, and Improvement of Trade: with Some Considerations Why the Charges of the Poor do and will Increase. London 1704.

Philiopatris, T.W. An Essay Concerning Inland and Foreign, Publick and Private Trade; together with some Overtures, shewing how a Company or National Trade, may be continued in Scotland, with the Advantages which will result therefrom.

Ridpath, G. An Historical Account of the Antient Rights and Power of the Parliament

of Scotland: Humbly offer’d to the Consideration of the Estates, when they

come to settle Limitations for the next Successor. To which is prefix’d, A short

Introduction upon Government in General. 1703.

Ridpath, G. Considerations upon the union of the two Kingdoms: with an account of the Methods taken by Ancient and Modern Governments, to effect an Union, without endangering the Fundamental Constitutions of the United Countries. 1706.

Seton, W. Some Thoughts, on Ways and Means For making This Nation a gainer in Foreign Commerce; And for Supplying Its present Scarcity of Money. Edinburgh: James Watson, 1705.

Seton, W. The Interest of Scotland in three Essays. 1700.

The State of the Nation Enquir’d into, Shewing The Necessity of Laying hold of the Present Opportunity, to Secure Our LAWS and LIBERTIES, from English Influence; and Procure a FREE TRADE with that Nation. Edinburgh 1705? 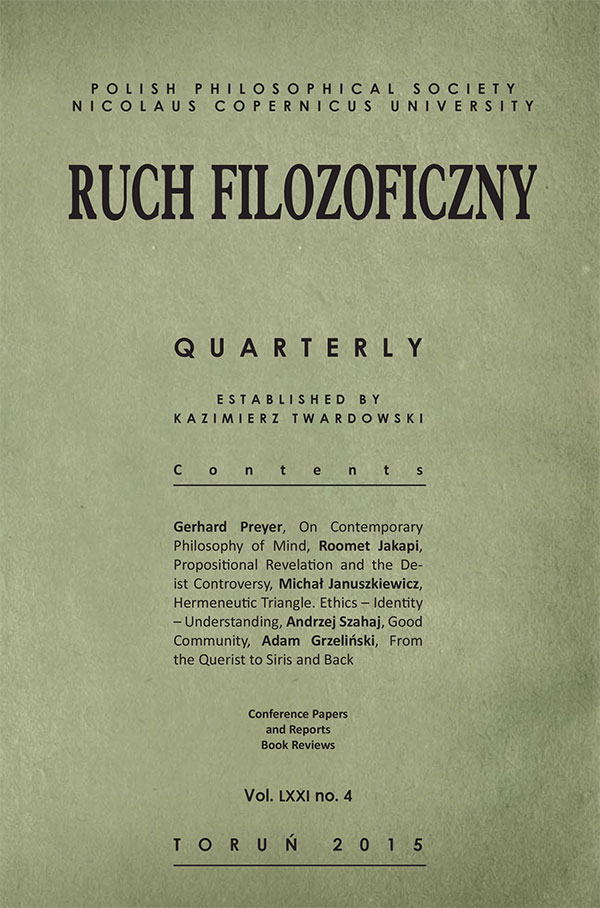