The graphic representing the queen of Sweden Christina is of propagandist nature. It expresses the ideology of a good sovereign, her power, and the concept of deification of the sovereign, as well as persistence and invariability of the power of the Swedish state. The intention and design of the word and picture contained herein are supposed to be rhetorical persuasion of the subjects and audience abroad. It is worth mentioning that the then actual image of the queen and therefore the condition of the state and society are of no importance but the queen’s image as perceived through the means of state propaganda.

The graphic pictures the intermingling of historical and biographic issues related to the queen (role of the sovereign and her position – expected marriage and crowning, the abdication planned by her), genealogy of the house of Vasa (daughter of Gustavus II Adolfus), Sweden (concept of a sovereign bringing peace and welfare to the subjects, dangerous to the enemies), Europe (end of the Thirty Years’ War to which the queen contributed against her advisors’ will), mythical (identification with Heracles and Minerva, protective and carying role of Jupiter), ethical and moral (wreath of virtues characterizing the queen as a good sovereign), political (conquering papism whose sign is a serpent, Protestantism symbolized by a lion related also to Gustavus II Adolfus referred to as the Lion of the North).

The content of the graphic was constructed using various, legible elements which are typical of the then iconographic codes – iconological and emblematic, allegorical and real, historical and mythical, all composed with the double meaning: the queen Minerva (defined by attributes – owl, books) – Heracles (due to the verbal comments and composition structure), Jupiter (carer of sovereigns, father of Christina- Heracles) – Gustavus II Adolfus (sovereign, father, and the queen’s predecessor whose power and symbol she takes over–inherits), Lion – Gustavus II Adolfus and Protestantism.

The graphic represents the image of the sovereign, portraits of her advisor, chancellor Axel Oxenstierna (beneath the inscription Advice in the kingdom is prudent) and military commander Lennart Torstenson (the inscription The fight outside happy), a set of 11 personifications (Religio, Prudentia, Justitia, Pietas, Clementia, Libertas, Fortitudo, Temperantia, Liberalitas, Veritas), symbols (owl, globe, books, wrath, lion, serpent), elements referring do imago of emblems representing the fighting birds (falcon and crane), with the wording Exitus dubio est or Nulla Salus Bello (both expressing the uncertainty of the outcomes of war actions) as well as narrative motifs symbolically denoting, on the one hand, peace (welfare in the state represented by parades, carts with houses, signs of joy, trumpets aiming upwards), and, on the other hand, wars (trumpets aiming downwards, carts with war equipment). The inscription Goddess of the North CHRISTINA … THE QUEEN Pious, Happy, Triumphant, Great, IN HER CRADLE YET WORTH JUPITER, … following the example of Ovid writing about HERACLES… CHRISTINA WAS SMALL, BUT SHE THROTTLED SNAKES IN HER HANDS. 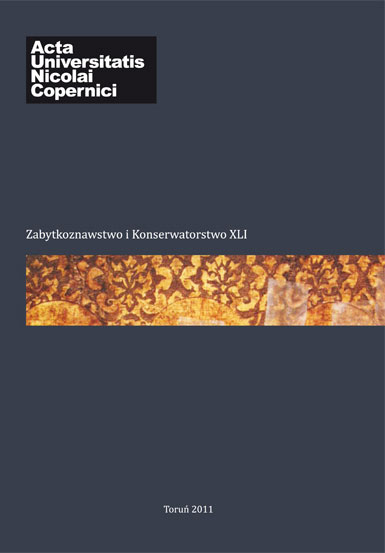