With the passage of time letters tend to acquire the features of “unintended diaries”. This is true also in the case of the titular correspondence (Stefan Kieniewicz – Henryk Wereszycki. Korespondencja z lat 1947–1990, introduction and prepared by Elżbieta Orman, Kraków 2013). The edition is based on original letters (also rough copies) and postcards from the 1947–1990 period, kept in private collections belonging to Jan Kieniewicz, son of Stefan and also an historian, and E. Orman. A total of 397 letters is preceded by an extensive introduction by E. Orman presenting both researchers and, in chronological order, the history of their mutual contacts against the backdrop of historiography at the time of People’s Poland. The introduction is additionally supplemented with an editorial note. The volume is exceptional primarily due to its dramatis personae – the authors of the correspondence, who were not merely members of the elite of Polish historians and outstanding experts on the nineteenth century, but also special personifications of two attitudes of their milieu towards the communist authorities after 1945: a recalcitrant stand (Henryk Wereszycki, 1898–1990), often manifested by protest against the activity of the creators of the science policy in the People’s Republic of Poland, and a compromise approach, together with a search conducted despite all odds for an understanding with the authorities in the name of higher reasons, “saving the substance” (Stefan Kieniewicz, 1907–1992). Secondly, the uniqueness of the correspondence is determined by the copious information contained therein. This extremely universal source refers to at least several key questions from most recent Polish history. First and foremost, it provides new and heretofore unknown data concerning Polish historiography after the Second World War. The reader becomes acquainted as if from the inside with relations prevailing within the milieu of historians, the backstage aspects of numerous publishing initiatives, and the battles waged by both authors with censorship. Thirdly, the extraordinary character of this epistolographic legacy consists of the fact that both correspondents (particularly Wereszycki) wrote openly and attempted to avoid an Aesopian style, as if ignoring censorship, although they were well aware that the letters were not to the very end their private concern. Finally, this is a collection of sources whose authors appreciated its significance and who in their letters planned a future publication. 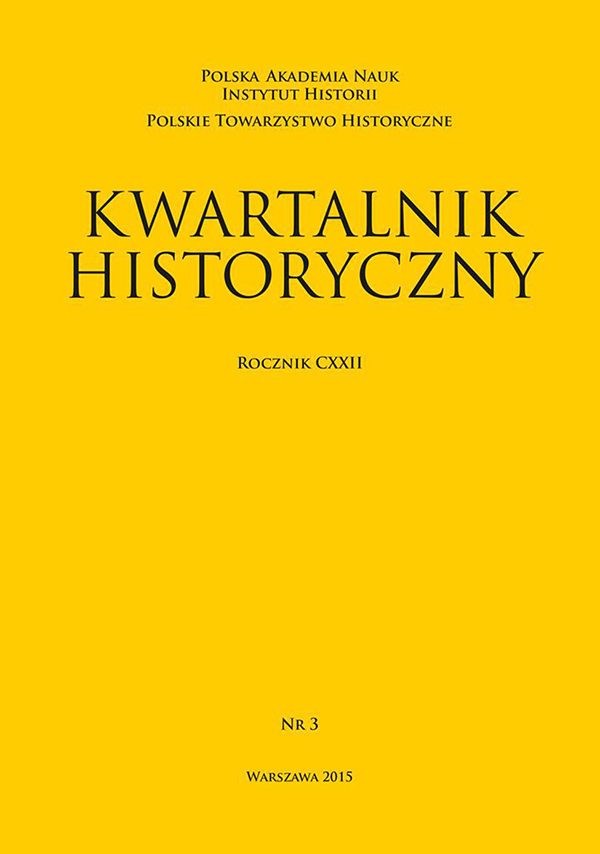