The History of Frederician Prussia in the Eighteenth Century, or on the Supremacy of Absolutism over Gentry Liberty

The copious and detailed book: Prusy w okresie monarchii absolutnej (1701–1806), ed. Bogdan Wachowiak, Poznań 2010 (series: Historia Prus. Narodziny – mocarstwowość – obumieranie, vol. 2) is the work of five authors. Almost half of the text was written by Zygmunt Szultka (i.e. chapters on economic, social and systemic relations), and the author of one-quarter of the publication is Andrzej Kamieński, who discussed Prussian foreign policy in 1701–1786 and the development of architecture. Dariusz Łukasiewicz focused on widely comprehended culture and the conditions of daily life, while Grzegorz Kucharczyk considered foreign policy, symptoms of the domestic crisis during the reign of Frederick William II and Frederick William III, and the eighteenth-century publication movement.

The book’s characteristic feature is the extremely thorough use of the existing literature on the subject, predominantly German but also English-language, French and Polish. Upon numerous occasions, the authors (in particular Z. Szultka) conducted additional archival surveys; hence the book is not so much a synthesis as a compendium of knowledge about the Prussian state. The overall impression is excellent, the publication is written lucidly (this holds true even for chapters about the economy) and provides a plethora of interesting information, with the authors remaining distinctly objective but without shying from personal opinions.

The presented study inclines towards a comparison of the fate and the social, economic and administrative systems of eighteenth-century Prussia and the Commonwealth. The readers draw the obvious conclusion about the supremacy of the absolutist system (especially so-called enlightened absolutism) over the ideology of the golden liberty of the gentry prevalent in the Commonwealth and the suitable functioning of the state. Furthermore, they may arrive at the correct conviction about better living conditions in the orderly Prussian state (albeit under the constant control of the bureaucracy) than in the ostensibly free Commonwealth. In Polish historiography already the so-called Cracow school (second half of the nineteenth century) argued that the absence of strong royal authority resulted in the fall of the Polish-Lithuanian state. 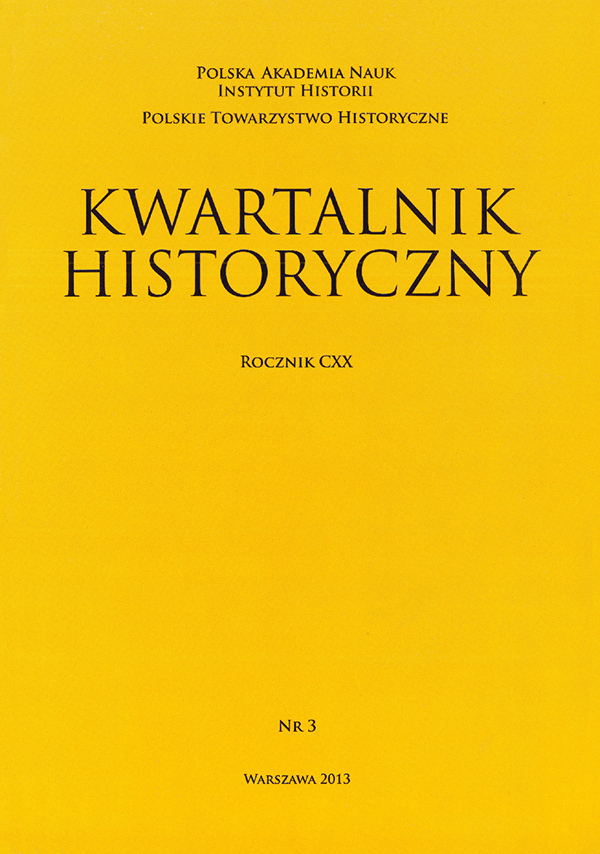