This paper aims to analyse the changes that have taken place over the last decade in housing conditions in Portugal, based on data collected in the last two Housing Censuses (1991 and 2001) published by the Portuguese National Statistics Institute.

The information available for this period indicates intensive construction dynamics in Portugal. The real estate development in some NUTS (Nomenclature of Territorial Units for Statistics) exceeds the growth in the number of households, pointing clearly to a concentration of investments in housing, and has broadened and accentuated previous tendencies in the expansion and structural transformation of areas under construction. When considering this situation, two issues arise: the way in which this dynamic in production mirrors the relationships between households and housing, and the main spatial variations in these processes.

Thus, the changes operated in the occupancy and ownership of housing are described, with particular attention paid, on the one hand, to an increase in easy access to home ownership, to the detriment of other forms of housing occupancy and, on the other, to changes in the profile of buildings, as well as more qualitative aspects of the housing stock.

Despite the substantial expansion of the housing stock and improvements in its quality, as a result of the many social housing programmes implemented by successive governments, some NUTS still display significant housing deficiencies.

Allen, J. and others 2004: Housing & Welfare in Southern Europe. Oxford: Blackwell. Housing Statistics in the European Union, 2004: National Board of Housing, Building and Planning, Sweden Ministry for Regional Development of the Czech Republic. 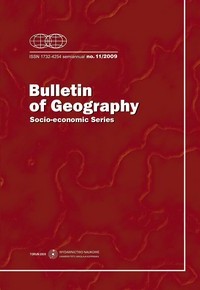 Number of views and downloads: 84
Number of citations: 0