Rise and Decline of the Welfare State : The Swedish Case as a Solution

Rise and Decline of the Welfare State : The Swedish Case as a Solution

Purpose: This article analyses the unsustainability of the welfare state. This unsustainability is not caused by a financial crisis, but is caused by its own design and initial conception. For this, the case of Sweden is shown as an example; and the policies adopted by this Nordic country to correct the unsustainability of the welfare state mentioned above.
Design/methodology/approach: The applied methodology has been, on the one hand, a literary review of the welfare state concept. On the other hand, an analysis has been carried out with various economic indicators that serve to corroborate the aforementioned unsustainability and the effect of the decisions taken by Sweden.
Research and practical limitations/implications: The analysis of
economic variables such as GDP or the collection of taxes on GDP is burdened with the classical limitation on the cause-effect relationship. The problem of causality in economics is one of the most significant in the discipline. This problem is fundamental in historical analyses, when it comes to relating a phenomenon that has occurred with the causes that generated it.

Originality: The debate about the welfare state and its sustainability is gaining strength from very different spheres. In an unstable and highly globalised economic environment, the role that states must play in the
economy is being reformulated. The present paper analyses the development and growth of the welfare state as one of the differential elements of the developed economies (especially in the Western European area), and its subsequent crisis and loss of legitimacy due to its financial unsustainability.
Findings: This article shows how the introduction of private companies that provide public services can be a solution to the welfare state crisis. For this, the Swedish case is used as an example. In the Nordic country,
it was found that the introduction of private companies in the provision of public services has not reduced social assistance services or their quality. What is important, it has been a new competitive management, which guarantees the quality of the services provided, at a lower cost to the public sector budget.
Paper type: theoretical paper. 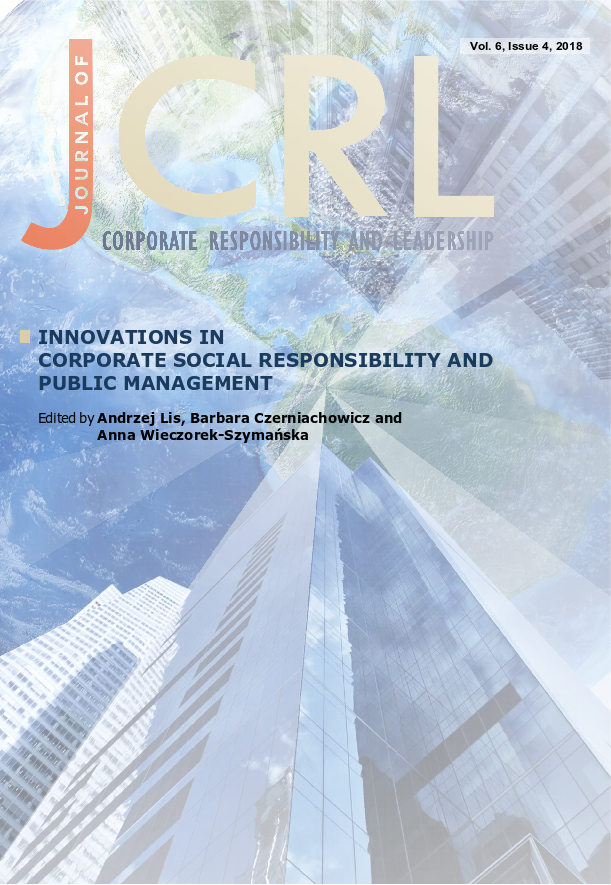 Vol. 5 No. 4 (2018): Innovations in Corporate Social Responsibility and Public Management

Number of views and downloads: 67
Number of citations: 0